According to Google, the future of video games is in the cloud. Google Stadia is an entirely cloud-based gaming platform that will let you play AAA games on just about any device that can connect to the internet, from your smartphone to your smart TV. 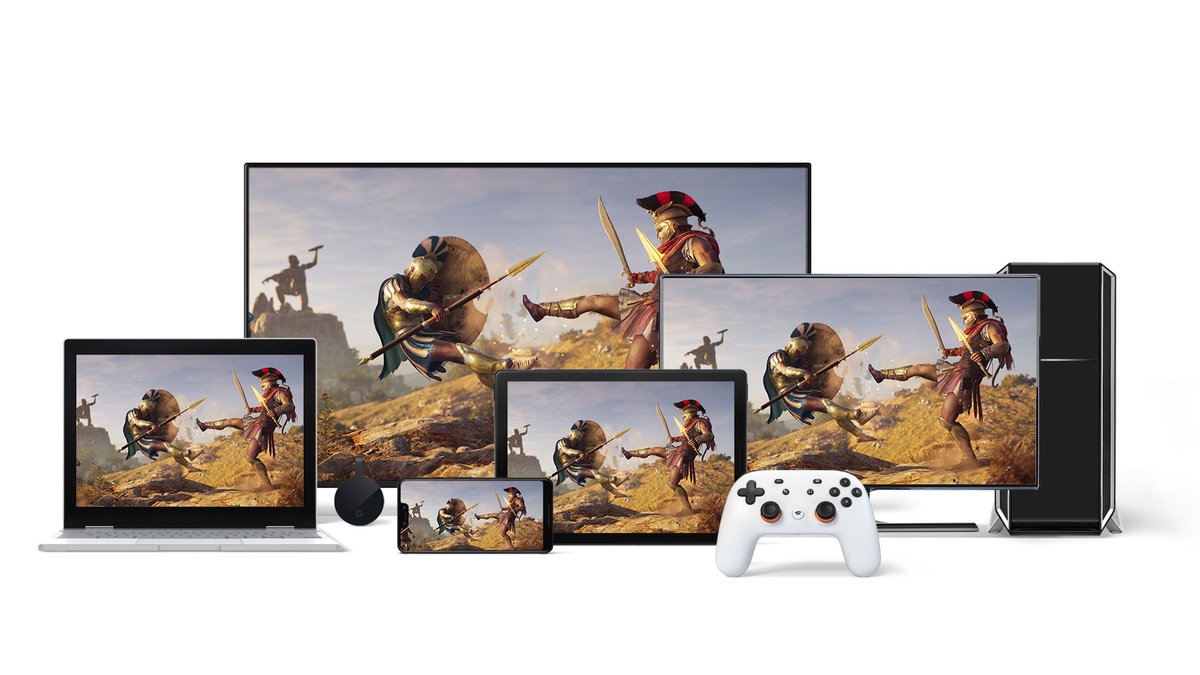 Here’s everything we know about Stadia so far, including its price, release date, game lineup and more.

Google Stadia release date: when is it coming out?

Stadia is slated to launch in November 2019 in the U.S., UK, Europe and Canada.

Google Stadia price: how much will it cost?

The core Stadia experience will be available as part of Stadia Pro, which is a $9.99 per month subscription service that gets you a growing library of games at the service’s highest streaming quality (4K/60 fps/HDR). A Stadia Pro subscription also provides exclusive discounts to game purchases. It’s not totally clear which games will require a separate purchase and which will be part of Stadia Pro, but Google has confirmed that Destiny 2 is part of the membership.

If you’re looking to go all out, you can pick up the $129 Stadia Founder’s Edition, which includes a special Night Blue Stadia Controller ($69 separately), a Google Chromecast Ultra ($69 separately), 3 months of Stadia Pro, a 3-month buddy pass for giving Pro access to a friend, and a copy of Destiny 2 complete with all of its expansions. The Founder’s Edition is available for pre-order now on Google’s website.

Don’t want to subscribe to anything? You can wait for Stadia Base to arrive in 2020, which will allow you to simply buy the games you want to play a la carte.

A slew of notable games are coming to Stadia at launch and beyond, from big AAA titles like The Division 2 and Doom Eternal to smaller indies such as Gylt and Get Packed. During its Stadia Connect livestream, Google teased that its working with top publishers such as EA, Rockstar, 2K, Ubisoft and Bungie.

Here are a handful of key Stadia games teased by Google so far:

Google Stadia platforms: where can I play? 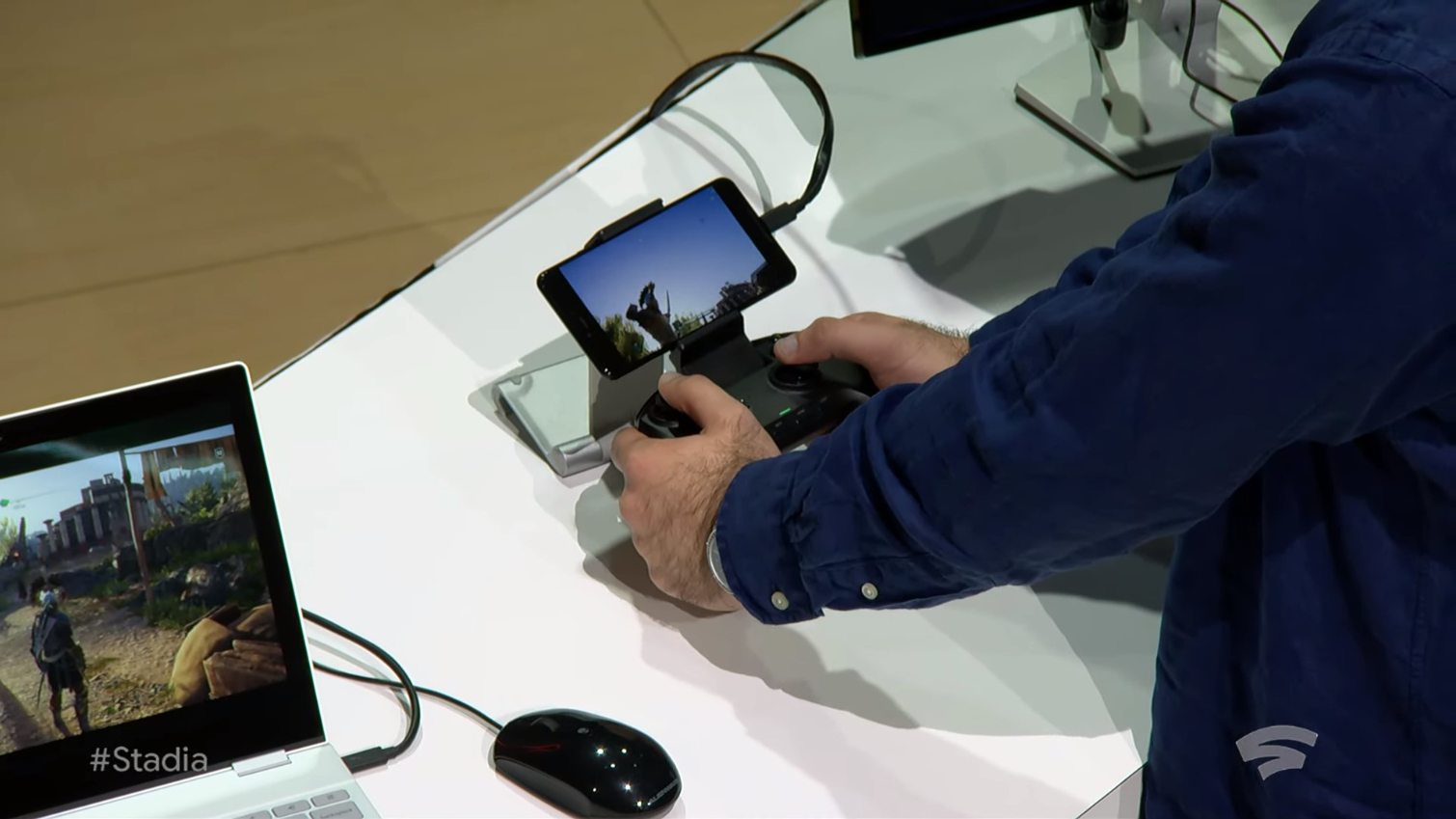 Google Stadia streams games from the cloud, so you can theoretically play big-budget titles on a smartphone, budget laptop, smart TV or any other device that connect to the internet. The service saves your progress across platforms, so you can, say, start your Assassin’s Creed session on your phone and pick it back up on your PC later.

At launch, you’ll be able to use Stadia on any PC with a Chrome browser. The service will be exclusive to Pixel 3 and Pixel 3a smartphones at launch, with more phones to gain support in the future.

Google Stadia’s data centers are powered by a custom AMD GPU, which sports 10.7 teraflops of GPU power — that’s a whole lot more than the Xbox One X (6.0) and PS4 Pro (4.2). All of these specs allow the service to support gameplay at up to 4K at 60 frames per second, complete with bells and whistles like HDR and surround sound. 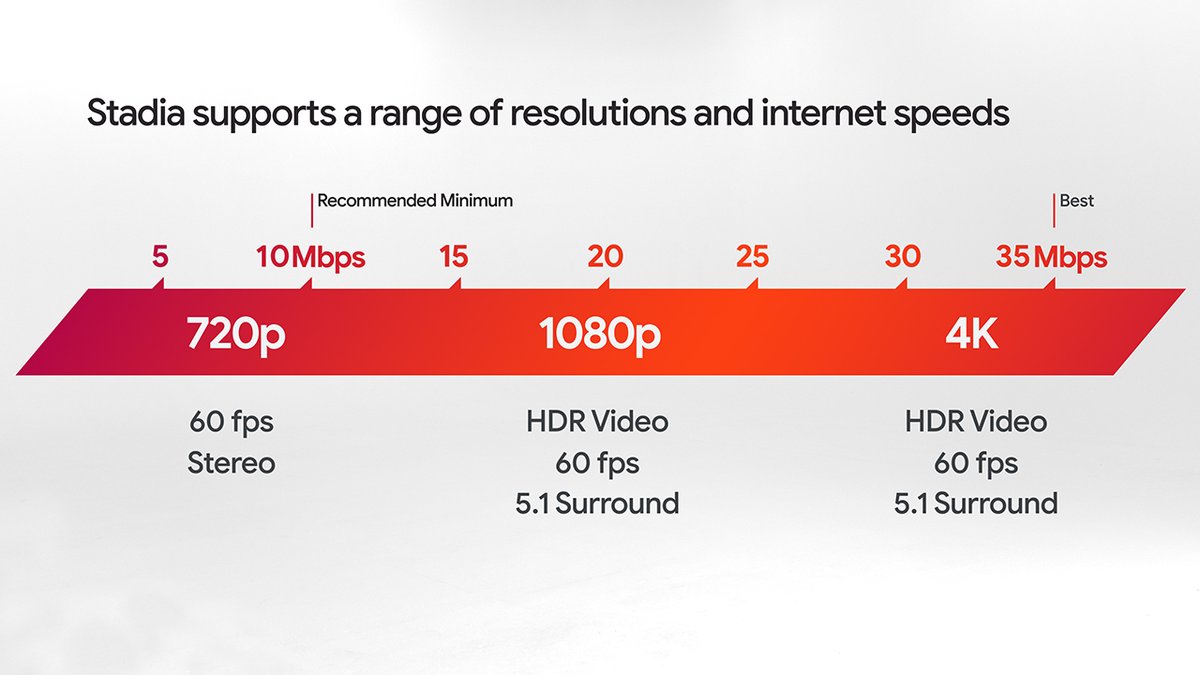 Here are the recommended internet speeds you’ll need in order to enjoy different levels of gameplay quality on Stadia, according to Google.

While Stadia will work with your existing devices and a variety of supported controllers, Google is also launching its own peripheral: the $69 Stadia Controller. Sporting a familiar Xbox-style layout, the controller connects to the cloud via Wi-Fi to ensure responsive gameplay no matter which device you’re playing on. The gamepad sports both a capture button for sharing gameplay, as well as a Google Assistant button that lets you ask for gameplay tips without having to close your game and look up a walk-through.

The controller will be available in three colors: Wasabi, Clearly White and Just Black, with an additional Night Blue variant available exclusively to Founder’s Edition buyers.

If you don’t want to splurge for the Stadia Controller, the service will work with most popular USB gamepads, such as the Xbox One controller and Logitech F310. You’ll also be able to use a mouse and keyboard.

Google Stadia isn’t just meant to provide an easy way for anyone to play big-budget games — it’s also meant to connect gamers and creators. With the Crowd Play feature, you’ll be able to click a button right on a YouTube stream and immediately start playing with that broadcaster. Think you can beat your favorite broadcaster at NBA 2K? This is your chance to jump right in and do it — so long as the streamer allows it, of course.

And because the platform saves every aspect of your game state to the cloud, you can, say, challenge your audience (or just a friend) to pick up from a specific spot in your play session and try to outperform you using the State Share feature.